Jei Wes was born with a microphone in his hand! Singing with the men’s choir at Tried Stone Baptist Churchin Detroit, MI, at the age of 8, many people knew that this kid was destined to be an entertainer!Jei has had the opportunity to perform in many of the great music venues in the country during his earlier years.As a member of God’s Little Soldiers gospel group, Jei performed at such venues as The Apollo Theater (NewYork), The Cotton Club (New York), The Bobby Jones Gospel Show (Venetian Hotel, Las Vegas), and the FoxTheater (Detroit), as well as received numerous Stellar Award Nominations.When Jei entered high school at the Detroit School of Arts, he co-founded a gospel quartet by the name ofChosen Class. Jei showed his advancing musical skills with Chosen Class by writing, arranging and producingtheir original gospel songs. Chosen Class ministered at dozens of churches in the Metro Detroit area. Also, theyperformed on WDIV (Channel 4) in Detroit for the International Fireworks Show, and also opened for PattiLaBelle at the NAACP fundraiser event at Cobo Hall in Detroit, which is the largest sit-down dinner in thecountry. After graduating from Belleville (MI) H.S., Jei really started to concentrate on his passion for music. As well ascreating hit singles for himself, Jei also writes, produces and arranges music and lyrics for up and coming artistsin the music industry. Jei has said that most of the hip/hop music you hear today has the same type of sound.Jei’s vision is to create music where the sound is new to the ear when first heard. Mixing a southern “swag”type of beat with the northern style “street beats”, Jei’s music sounds like no other in the country. Jei haveproduced hit singles for Neisha Ne’shae, LaBritany, Brooklyn Queen, Zavi Astect and Lil George just to name afew, but also does production for several others.Jei Wes is ready to take his musical talents to a whole new level. At Washtenaw Community College (AnnArbor, MI), Jei studied Music Engineering; Music Sequencing; Audio Recording and Computer Applications inMusic. Combining those skills with his natural ear for music, Jei is ready to become one of the top musicalentrepreneurs in the music industry. Jei currently is the label A &R and exclusive producer for BMB Records. 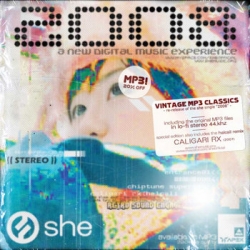